Heavy rain this morning at about 8.45 am. Two juvenile gulls on a nearby roof were throwing their heads back and apparently drinking it – something I’ve never seen before. At the same time a woodpigeon on another roof seemed to be having a bath – cocking up first one wing then the other and preening its feathers.

Last week I passed two young gulls snuggled down together on an area of grass, like a pair of ducks. Probably the same ones I guess – I’ve heard them flying over and calling during the past few days. 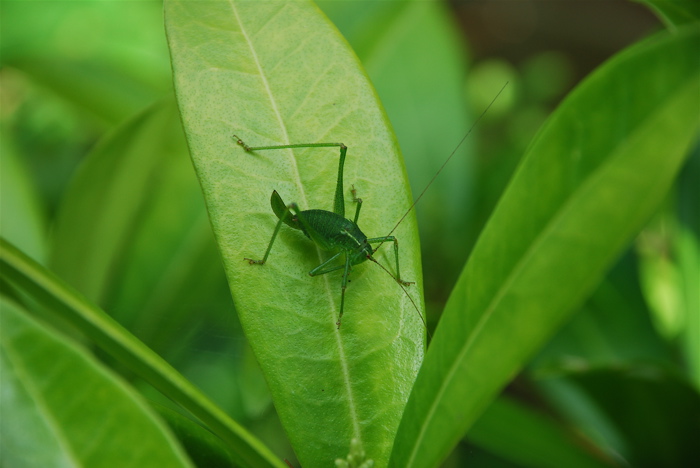 Discovered two more crickets today on the Skimmia – one larger and darker than the creature I saw yesterday and one much smaller and with only a single hind leg. No evidence of injury, the leg just isn’t there. Both the bigger crickets have a sort of scimitar-shaped ‘tail’ but the smaller one doesn’t have that. They all look as if they’ve got eyes in their rear ends as well as on their heads, but presumably the rear ones serve some other purpose. 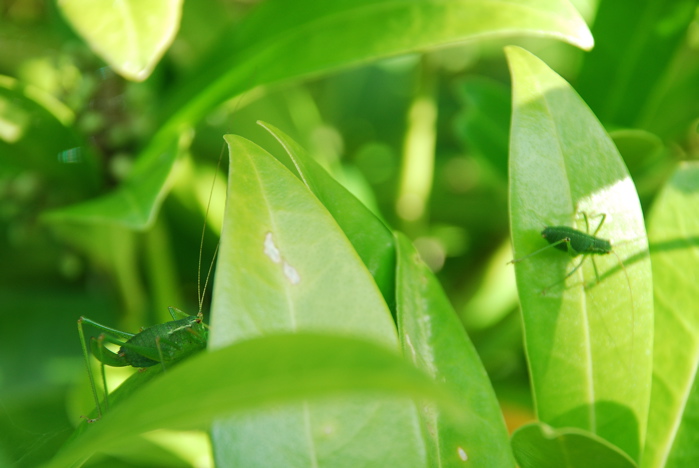 Middle-size cricket and smallest one.