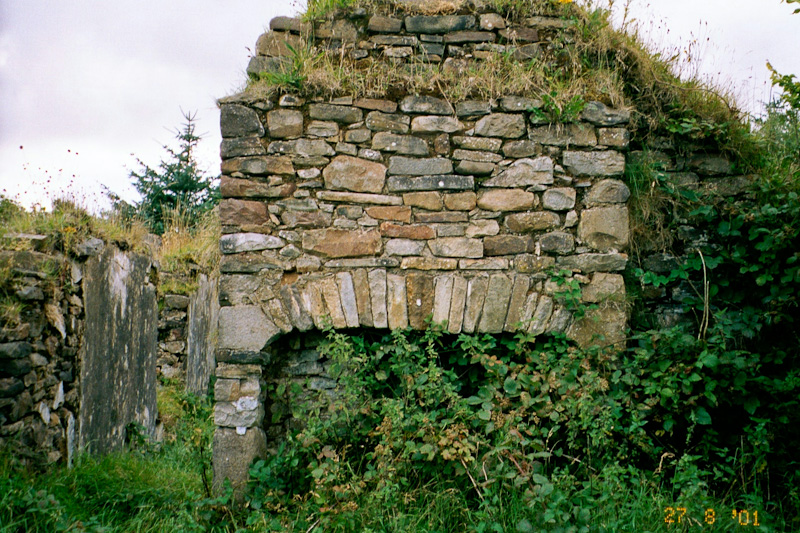 I remember visiting Kilsallagh in 1966 when I was thirteen years old and staying near Ballina on a school trip. My cousin Kathleen arrived with her boyfriend to collect me from Gortnor Abbey and we drove out to the farm. Kathleen had brought a pair of wellington boots for me to wear and after her boyfriend dropped us off we splashed through a bog and rowed across the Owenmore river then climbed a slope to the house. There were stepping stones which she had scrubbed especially for my visit so they wouldn’t be slippery, but it had rained in the night and the river had come up over them. At the time I thought this was the only way to get to the farm but I found out fairly recently that there was a bridge somewhere further along the valley. There was no electricity or toilet and as I remember it the cooking was done in this fireplace.

At the time of my visit Kilsallagh was the home of John Carolan and his wife Kate. I don’t have any dates for John but I think Kate was born in 1906 and died on 3 March 1973. The information I have is that the farm was sold sometime after John’s death and was eventually planted up as forestry land.