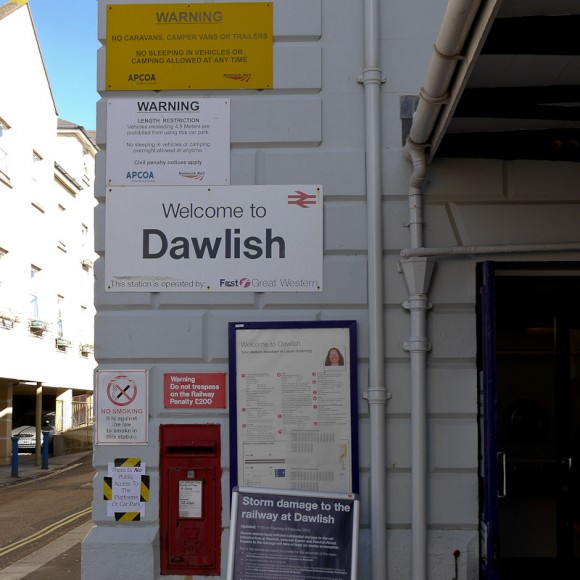 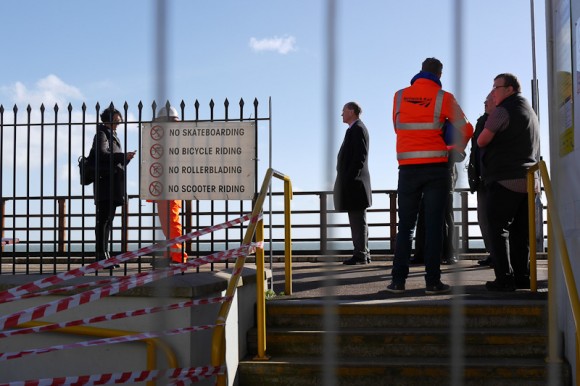 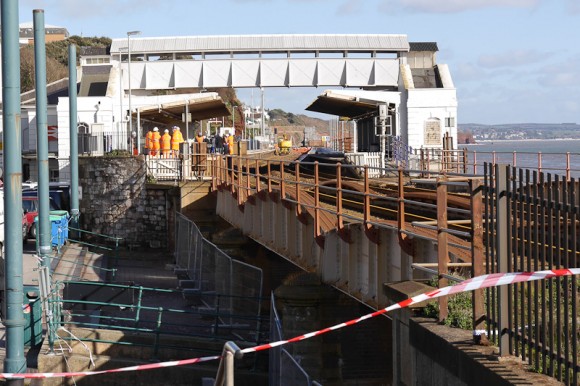 . . . until I got home and discovered that the Secretary of State for Transport had been in town to ‘witness the devastation at first hand’. 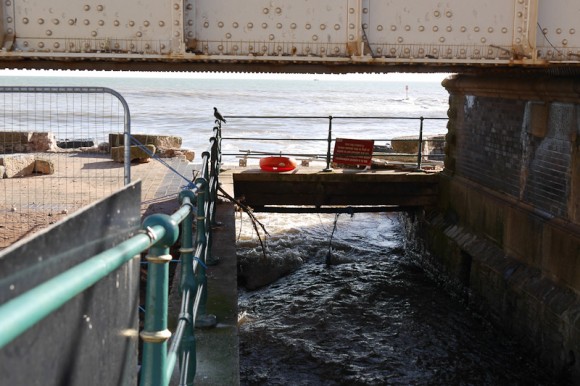 I hope he had time to check out the damage to the seafront . . . 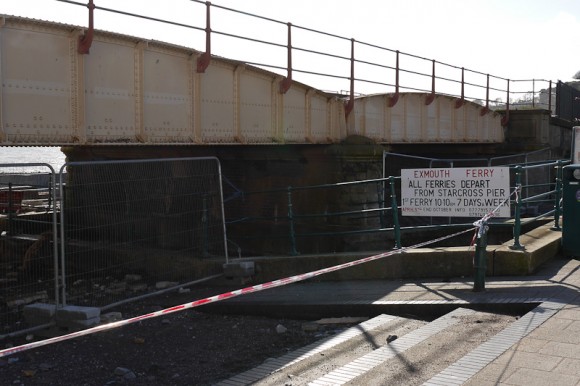 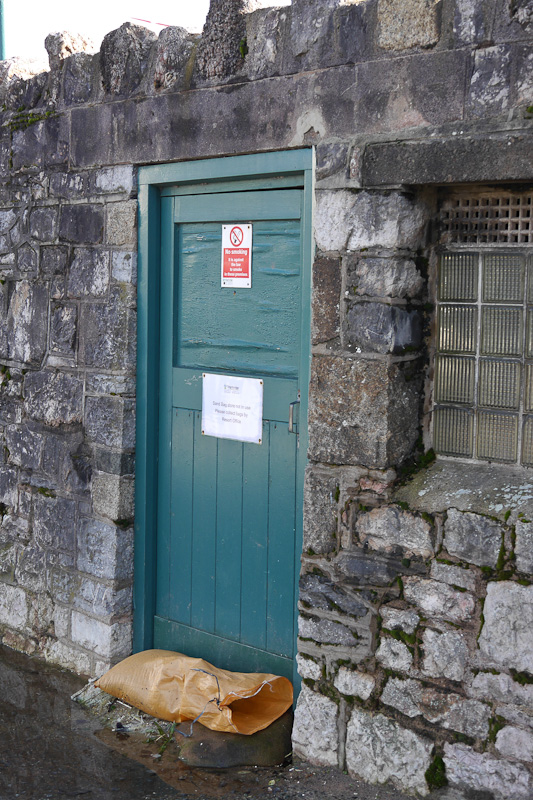 . . . and the sandbag store, sandbagged. (The sign says ‘Sandbag store not in use. Please collect bags by the Resort Office’.) 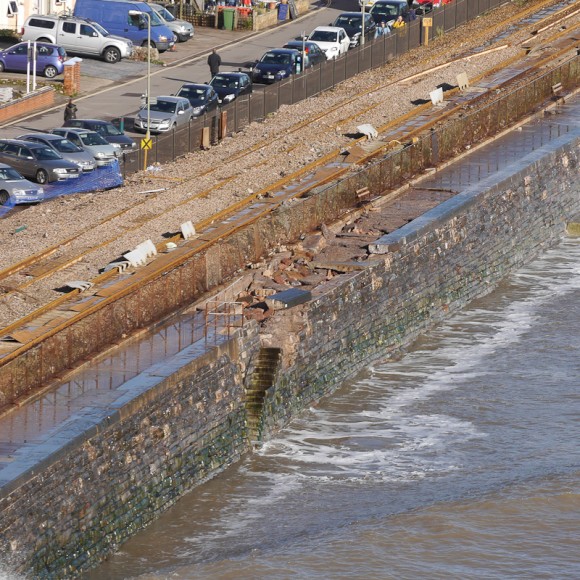 As far as I know the state of the tracks and the seawall between Kennaway Tunnel and the railway station hasn’t been all that widely reported . . . 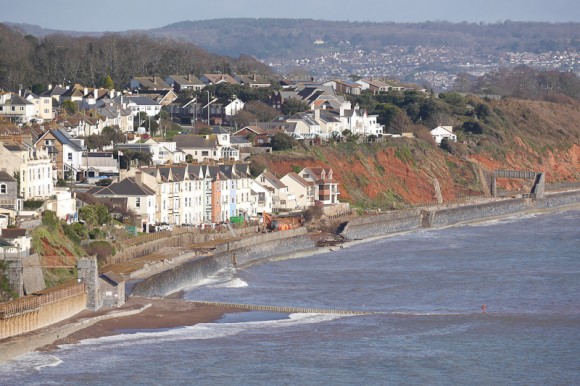 . . .and although the appalling damage by Sea Lawn Terrace has been well documented I haven’t seen many pictures taken from Lea Mount. 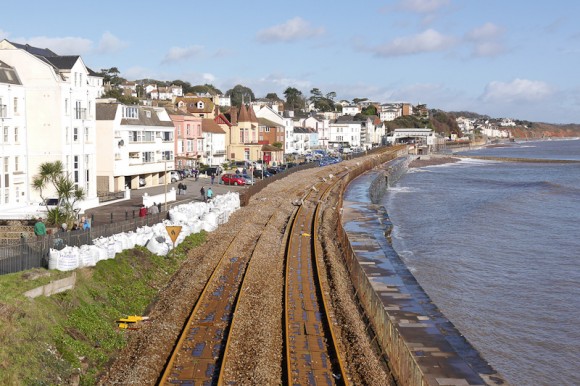 All in all things felt strangely peaceful for a brief spell – even at high tide the waves weren’t particularly fierce and the number of sightseers wandering along in the sunshine created something of a holiday atmosphere. About three hours after these pictures were taken another band of bad weather rolled in from the southwest and put an end to the respite.