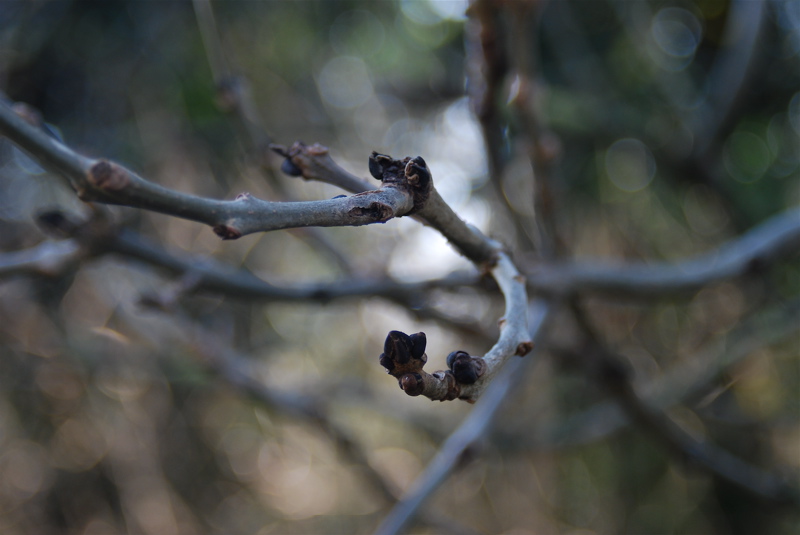 ‘The ash’s branches grow upward, dipping down towards their ends but then rising once more so that their tips reach toward the sky. The buds of the ash are its most distinctive parts. They are sooty black, covered in hairs, and have s phallic appearance. As the sap rises in spring, ash buds begin to ooze sticky resin.. Strange petal-less flowers with purple stamens appear in April, long before the leaves unfurl. Flowers of both sexes, as well as hermaphrodite flowers, can all occur on the same tree, and while some ashes are predominantly male, others are predominantly female.’

From The Celtic Wisdom of Trees by Jane Gifford.

In Northern European legend, the World Tree, Yggdrasil, is an immense ash. The branches of Yggdrasil reach into the heavens, and the tree is supported by three roots that extend over a great distance. It forms a link between the gods, humandkind and the dead and marks the centre of the universe around which everything flows.

In stanza 34 of the poem Hávamál, Odin describes how he once sacrificed himself to himself by hanging on a tree. The stanza reads:

‘ I know that I hung on a windy tree
nine long nights,
wounded with a spear, dedicated to Odin,
myself to myself,
on that tree of which no man knows
from where its roots run.’