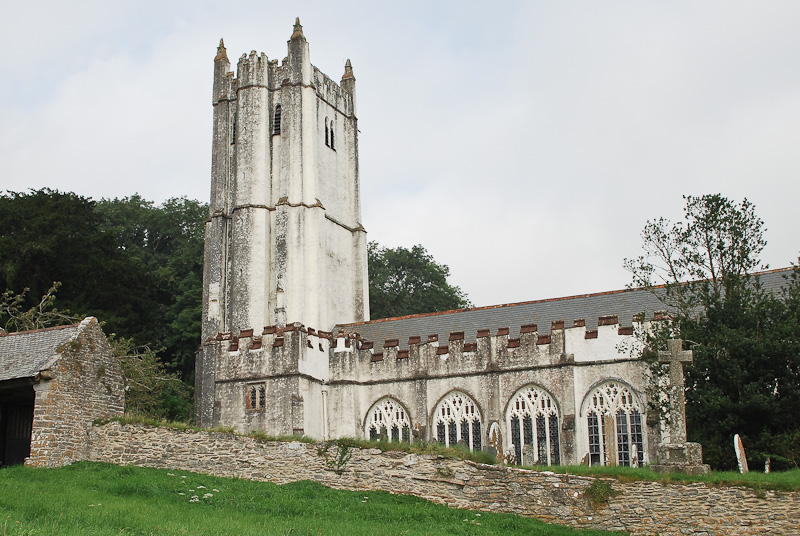 I’ve been looking forward to visiting Torbryan church ever since I first saw it described by W. G. Hoskins in John Betjeman’s Collins Guide to English Parish Churches as having ‘the most completely characteristic Devon interior in plan, fittings, colour and atmosphere.’ The fact that it’s in the care of the Churches Conservation Trust was a further recommendation as I’d very much enjoyed a previous visit to St Martin’s church in Exeter, also looked after by the CCT. Torbryan’s ‘imposing Perpendicular’ exterior is notable for the fact that it’s rendered and painted white, and although the finish is currently rather worn the tower still looks very strange against a backdrop of woods and farmland. It’s always exciting to approach a place for the first time along a network of winding lanes, and Torbryan offers lots of promising glimpses from quite some distance away. 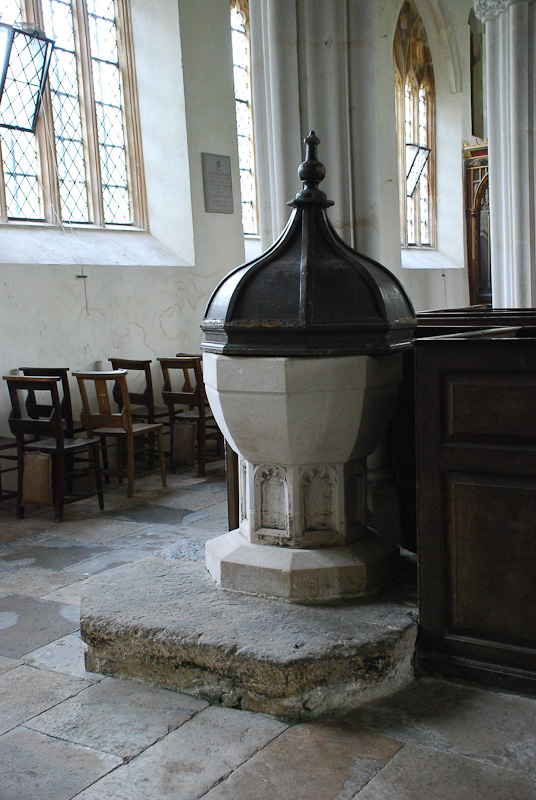 The 15th-century font is carved from Beer stone. The cover dates from the 17th or early 18th century. 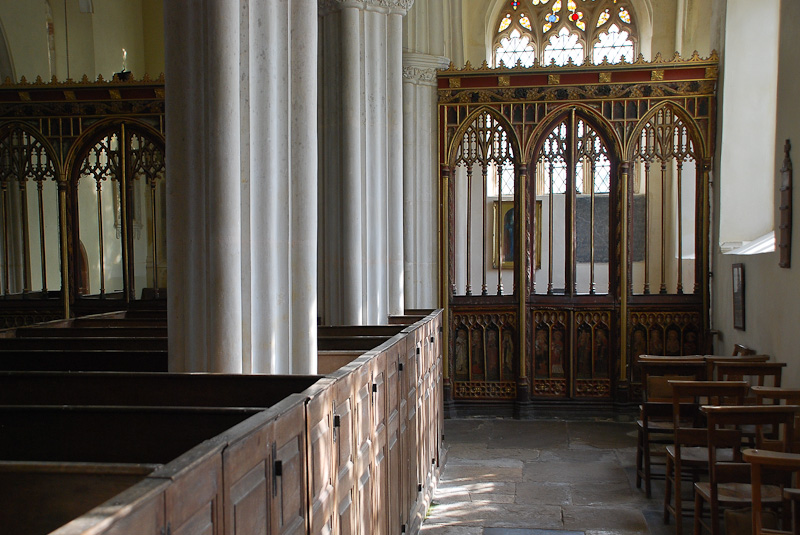 The rood screen dates from circa 1470-80. The original 15th-century oak benches still survive but have been enclosed within 18th-century panelling to form box pews. 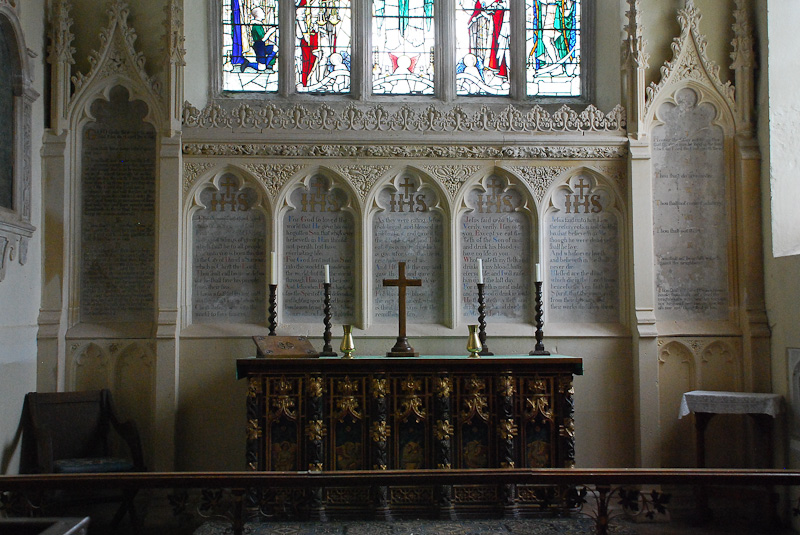 A stone reredos circa 1840 has two panels displaying the Ten Commandments. The surrounding stonework is mediaeval and the carved woodwork of the altar front comes from the mediaeval pulpit. 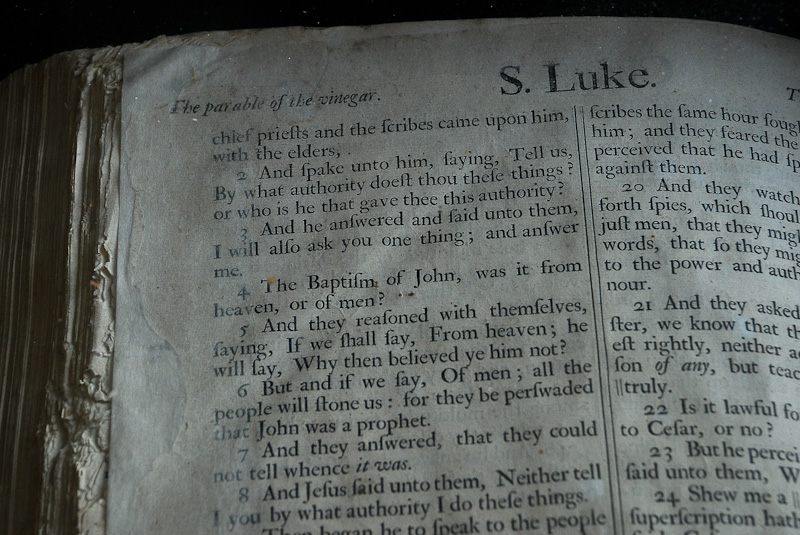 A ‘Vinegar Bible’ published by in 1717 by John Baskett, printer to George III and the University of Oxford.

Baskett was responsible for printing many fine books but this particular edition contained many errors. The most famous misprint occurs in the page heading in Luke 20:9, where “The Parable of the Vineyard” became “The Parable of the Vinegar”, hence the nickname. Because of their value a number of these bibles have been stolen in recent years; this one is stored in a locked case and positioned safely out of reach within a side chapel. 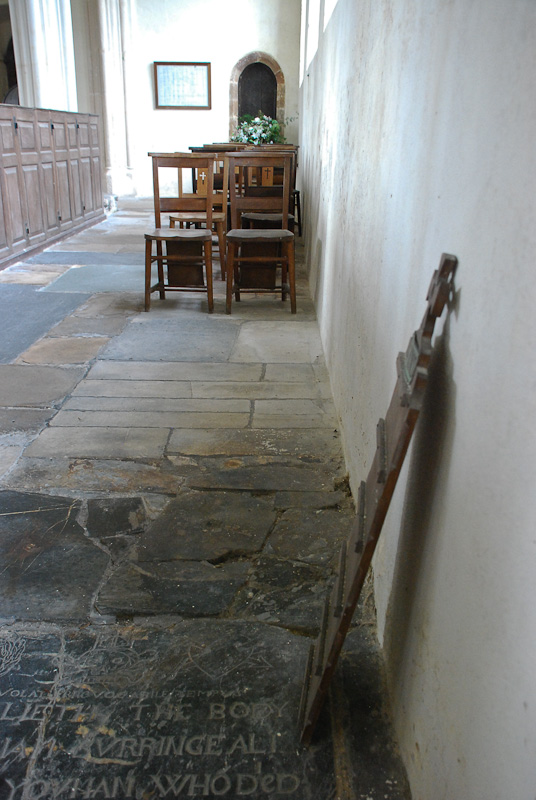 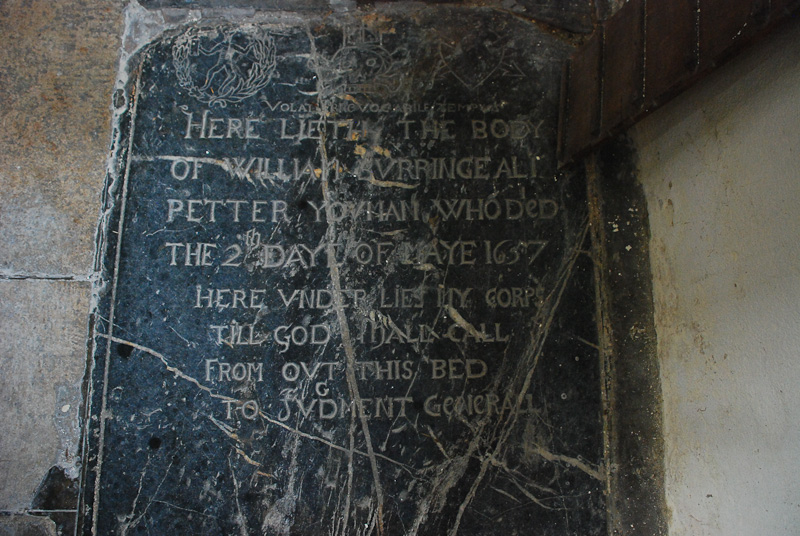 These beautiful slate ledger stones date  from the 17th century. The floor throughout the church is uncarpeted and along with the plain glass in many of the windows this creates an atmosphere of modest simplicity. As a result the elaborately carved and painted rood screen appears even more lavish by contrast. 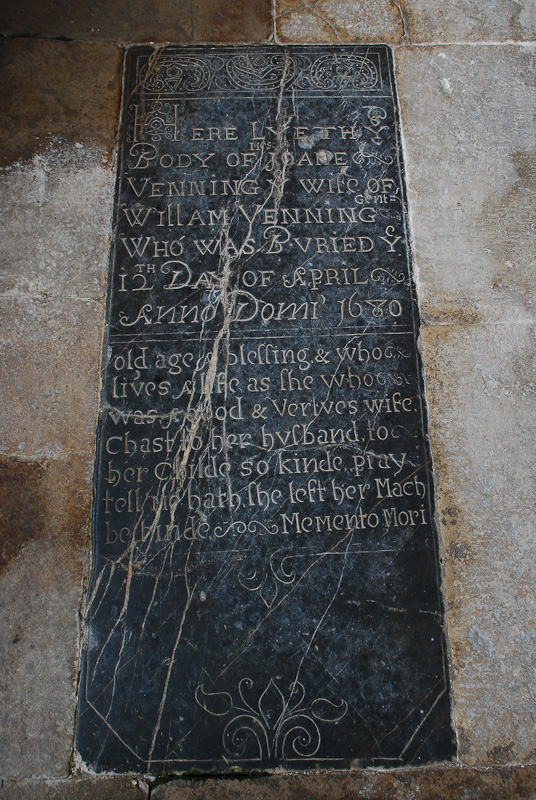 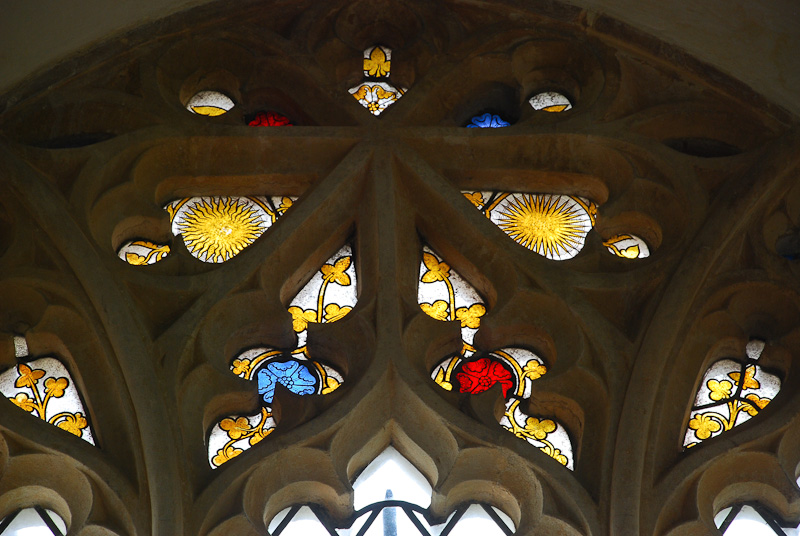 Surviving fragments of old stained glass in the tracery lights of one of the east windows. 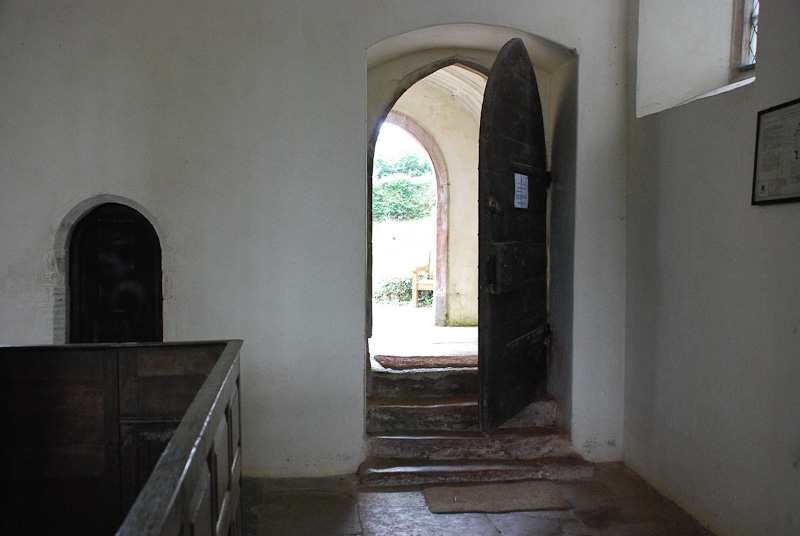 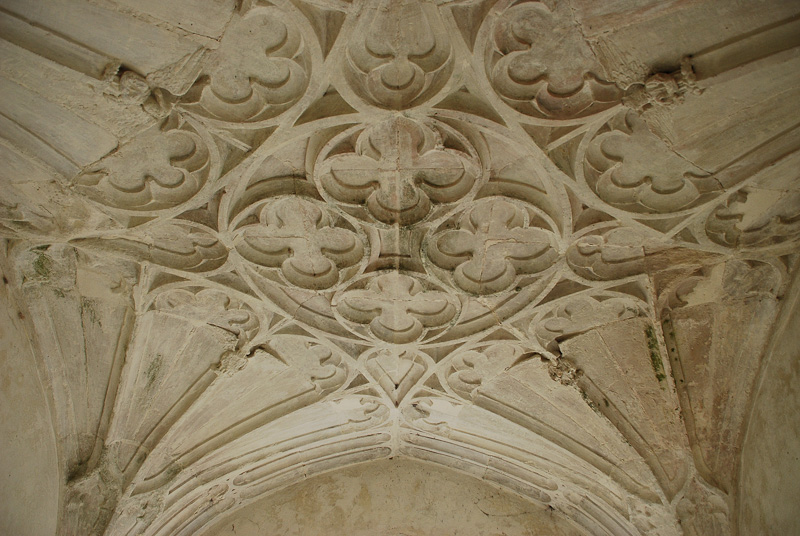 A vaulted ceiling in the entrance porch.

– The Churches Conservation Trust website has an excellent photo of the exterior when it was freshly painted and more pictures of the painted screen.